Welcome back to This Week in Apps, the weekly TechCrunch series that recaps the latest in mobile OS news, mobile applications and the overall app economy.

Global app spending reached $65 billion in the first half of 2022, up only slightly from the $64.4 billion during the same period in 2021, as hypergrowth fueled by the pandemic has slowed. But overall, the app economy is continuing to grow, having produced a record number of downloads and consumer spending across both the iOS and Google Play stores combined in 2021, according to the latest year-end reports. Global spending across iOS and Google Play last year was $133 billion, and consumers downloaded 143.6 billion apps.

This Week in Apps offers a way to keep up with this fast-moving industry in one place with the latest from the world of apps, including news, updates, startup fundings, mergers and acquisitions, and much more.

Do you want This Week in Apps in your inbox every Saturday? Sign up here: techcrunch.com/newsletters

Big news for Android users this week as Google rolled out the new version of its mobile operating system, Android 13, initially to all Pixel devices, following the beta launch a month ago. The OS will reach other non-Pixel Android devices sometime later this year, including Samsung Galaxy, Asus, HMD (Nokia phones), iQOO, Motorola, OnePlus, Oppo, Realme, Sharp, Sony, Tecno, vivo, Xiaomi and others.

As mobile platforms have standardized, the latest efforts from both Google and Apple have been focused on personalization elements. In iOS 16, this now includes a customizable Lock Screen with widgets, while Android is doubling down on its Material You UI. With the prior version of Android, users could theme their device to match their background. With the latest update, they can now also match their non-Google apps to their chosen theme and color schemes. This is a much simpler and more elegant solution than the icon customization on iOS today, where apps like Brass, Themify, Aesthetic, Color Widgets and many others have to leverage a combination of configuration profiles and shortcuts to do the same.

In another personalization move, Android 13 allows users to set the languages used for different apps — useful for those who speak multiple languages.

Other improvements include the ability to copy content (e.g. URLs, photos, videos, text) between Android devices, better multitasking features on tablets, an expanded bedtime mode with dimmed wallpaper and a dark theme, HDR video support on third-party camera apps, BLE Audio, Spatial Audio on supported headphones, an upgraded media player widget that showcases album artwork and includes a dancing playback bar and more. On the privacy side, there are changes to permissions that allow users to more narrowly select images and videos to be shared with third-party apps and the OS now prevents unwanted access to your clipboard.

Another big benefit of the upgraded mobile OS for end users is that they can more easily block apps from annoying them with notifications. Now, apps users download will need explicit permission to send notifications, rather than being allowed to send notifications by default. This change sees Android finally catching up with iOS, which has offered this type of setting for years. (Many, many years.)

The Android source has also been pushed to the Android Open Source Project (AOSP).

This week TechCrunch’s Frederic Lardinois also sat down with James Ward, Google’s product manager for Kotlin, to talk about the language’s role in the Android ecosystem and its future plans. You can read that here.

This week, TechCrunch launched a new product in service to its readers who are concerned about security risks related to mobile spyware.

The spyware lookup tool can check to see if an Android device is one of the hundreds of thousands that’s been hacked by one of several spyware apps, including TheTruthSpy — the subject of a months-long investigation into consumer-grade spyware apps. The apps are installed by someone with physical access to your mobile device and are designed to stay hidden from home screens. They give the attacker the ability to see the victim’s phone data in real time, including calls, messages, contacts, location data, photos and more.

The new lookup tool will check against the leaked list of unique device identifiers, like IMEI numbers and advertising IDs, and is available free of charge to anyone who wants to ensure their phone has not been compromised.

A new privacy analysis warns that TikTok’s in-app browser may be engaged in keylogging. Research by developer Felix Krause found that the TikTok iOS app was injecting code that would allow it to monitor all keyboard inputs and taps that took place on third-party websites that were rendered inside the app. Concerningly, this information could include users’ passwords or payment card information when they’re buying something promoted on TikTok. The researcher couldn’t prove that TikTok was actually doing anything malicious with the access — that is, he couldn’t confirm the data was collected, transferred or determine how it may be used. Users should be aware, however, and opt to open links outside of the TikTok app to be safe.

TikTok refuted the claims saying the JavaScript code is only used for debugging, troubleshooting and performance monitoring — like checking to see how quickly a page loaded or if it crashed. The company also pointed to several other reasons as to why the report’s claims were overblown. The researcher also accused Meta of modifying third-party sites loaded in their in-app browsers, which has since led Ireland’s Data Protection Commission, the lead data protection regulator for Meta and TikTok under the GDPR in Europe, to request a meeting with the tech giant to discuss.

It’s official, the TikTok vertical video feed format is now the mobile app user interface to knock off if you’re building a new social experience. How do we know? Because this week, Amazon of all places, was found to be testing its own TikTok clone. The feed, called “Inspire,” appears in the bottom nav bar of the Amazon app.

Amazon, of course, has no interest in competing as a new social or entertainment experience with other big tech companies. But it does copycat the latest, hottest formats when it builds out new shopping features. In years past, that’s seen the company cloning other social apps like Pinterest or Instagram or steaming live shopping videos. Now that TikTok’s feed is the go-to, Amazon has adopted it as well.

For now, the Inspire feed is being tested and is not publicly available to all users. 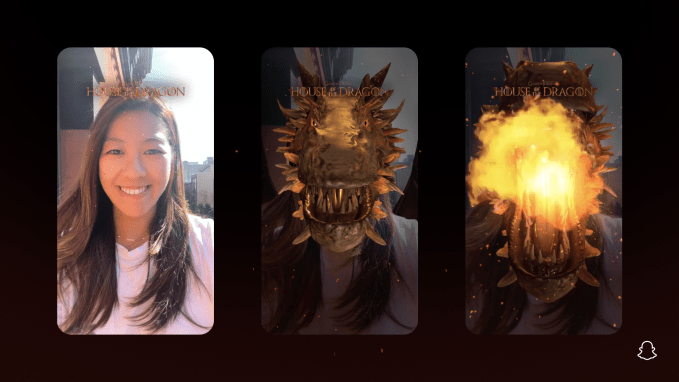 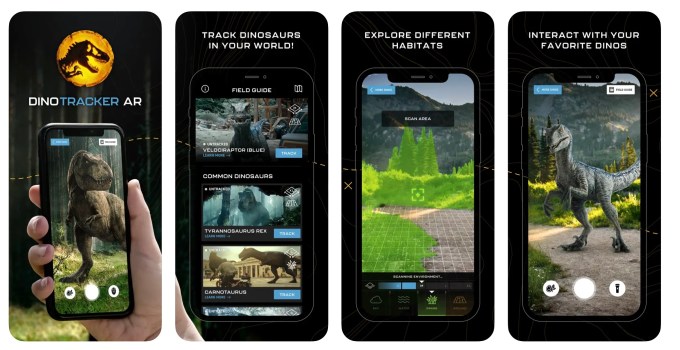 WhatsApp is adding new privacy options, including screenshot blocking and a stealth mode 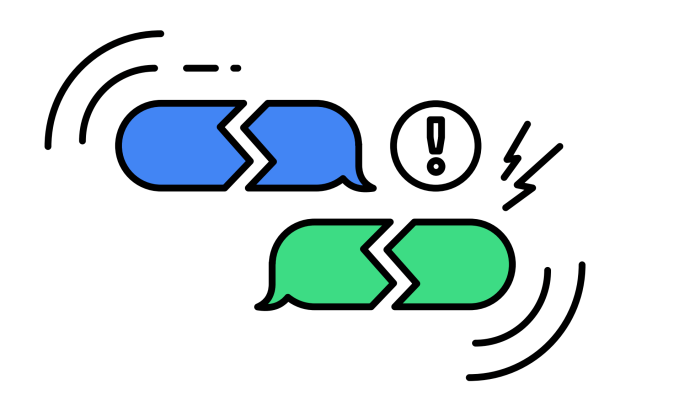 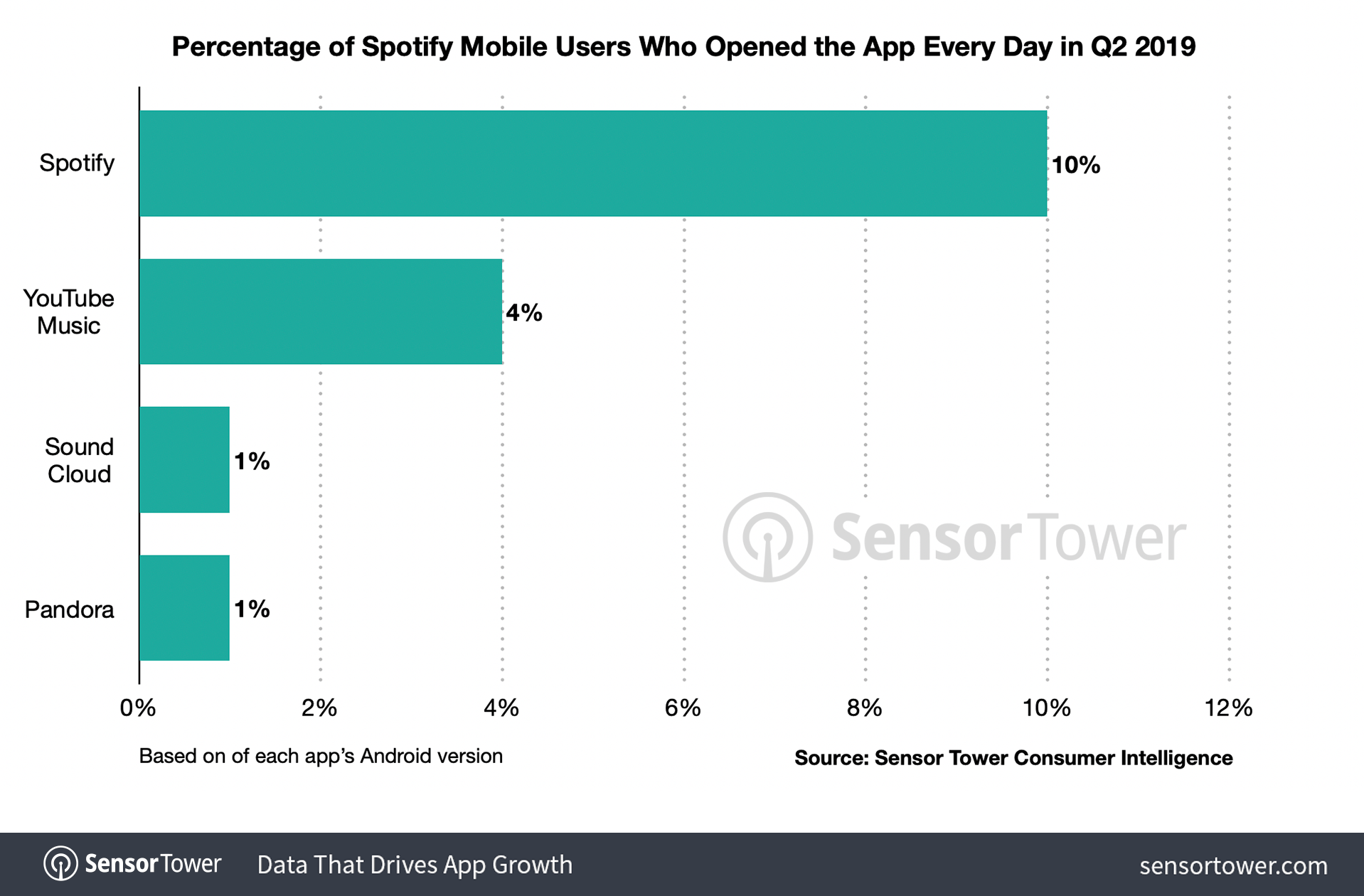 Hands-on with Lockdown Mode in iOS 16

Unity rejected a takeover offer from AppLovin that would have valued the company at $58.85 per share, an 18% premium over Unity’s stock price at the time. The deal would have been valued at $17.54 billion. Unity said it would proceed with its own deal to acquire ironSource for $4.4 billion in stock. Its shares dropped 7% after the board rejected the acquisition.

Unity announced a deal to create a JV, Unity China, in partnership with Alibaba, China Mobile, Oppo, and Douyin Group. The deal valued at $1 billion will allow Unity to expand into the world’s largest games market.

She Matters, a health app for Black women, raised $1.5 million in pre-seed funding. The app recently expanded its resources and support for postpartum healthcare.

DNSFilter acquired the iOS firewall app Guardian for an unknown sum in order to expand its web-based threat detection capabilities. Guardian was founded in 2013 by Will Strafach, a security researcher and former iPhone jailbreaker. Its iPhone app blocks apps from sharing users’ personal information with third parties, such as IP addresses and location data, by using a VPN.

FullStory raised $25 million in new funding from Permira to help companies spot issues in their websites and apps. FullStory says it analyzed more than 15 billion user sessions in 2021, including nearly 1 trillion clicks, text highlights and scrolls.

Infrastructure-as-a-service platform maker Mobot raised $12.5 million in Series A funding to expand its suite of robots that bug-test mobile apps. The robots can run through custom-designed testing flows to tap, swipe and rotate mobile devices, and more. The system integrates with standard dev tools like Jira and provides clients with results and reports.

Meme-based dating app Schmooze recently raised $3.2 million in seed funding led by Inventus Capital and Silicon Valley Quad. The app lets users swipe left or right on people they like and up to love memes presented to them. The latter will help to inform match selections.

Meta invested in Take App, a Singaporean startup founded by former Facebook engineering manager Youmin Ki. The app offers an easy way for users to set up simple websites for online orders, with a shopping cart, payments and a direct connection to WhatsApp for managing and tracking orders. The investment size was undisclosed but came in via the company’s NPE Team, which had previously developed social apps and more recently shifted to investments.

New York-based family journaling app Qeepsake has raised $2 million in seed funding led by LaunchCapital. The company, which has 700,000 registered users, plans to invest in its marketing and engineering teams.

Indian fintech app Jar raised $22.6 million in Series B funding led by Tiger Global. The app helps millions of Indians save small amounts to invest in digital gold and is planning to expand into insurance, mutual funds and lending.

Sofy, the maker of a testing platform for mobile apps, closed on $7.75 million in seed funding led by Voyager Capital. The startup has raised a total of $9.5 million to date.

Just Eat sold its 33% stake in the Latin American joint venture iFood to Prosus for $1.8 billion. Prosus will now fully own the Brazilian food delivery company and app maker as a result. 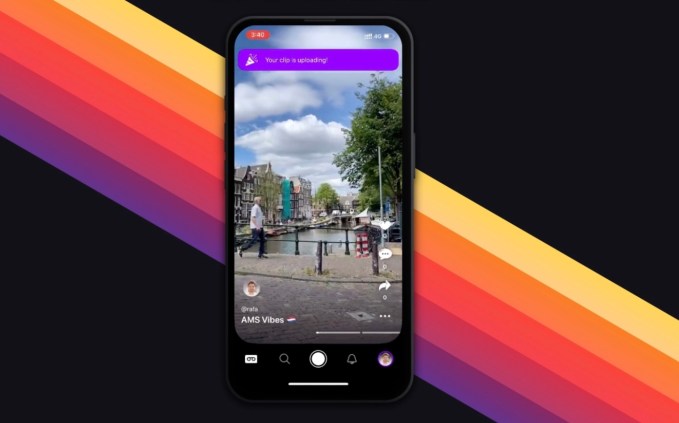 A new video creation app called Along has launched into beta testing to offer a way to create “infinite-length” collaboration videos with multiple creators. The app introduces a concept called “tapes” which begins with one creator’s video that others can then add their own clips to, which the original creator approves. The idea is similar to the “Add This” feature that Meta recently rolled out to its short-form video offering, Reels. Except in Along’s case, users are collaborating on a video “tape,” curated by the original poster, not simply contributing to a trend page.

The app is currently in private, invite-only testing but TechCrunch readers can access the app early here: along.video/invite/techcrunch. (This is not an ad — just an invite!)

You can read more about the app here on TechCrunch.

German startups could use more venture capital, but Germany’s government has a plan

A return and an ousting