This is a fantastic time to found a startup, but unless you plan to bootstrap it, you will still need to go through the laborious exercise of crafting a pitch deck.

With so much riding on the outcome, this can be an extremely stressful process — a convincing deck requires you to come up with data-driven answers for existential questions:

Can you lay out your plan for tripling revenue YoY? What’s your ideal product use case?

Full TechCrunch+ articles are only available to members.
Use discount code TCPLUSROUNDUP to save 20% off a one- or two-year subscription.

It’s tempting to make overly sunny projections or copy what’s worked for others, but your pitch isn’t meant to impress — it’s supposed to show how well you understand the business you’re building and the space in which you’re operating.

According to Jose Cayasso, CEO and co-founder of pitch deck design agency Slidebean, there are five slides where pretty much all founders miss the mark:

Using examples from Airbnb, Uber and others, he shares several strategies for avoiding the most common pitfalls, along with the pitch deck framework Slidebean uses with most of its clients.

“Remember, a pitch deck needs to achieve two things: tell your company story and convince the investor that they can make money with this,” says Cayasso.

Thanks for reading; I hope you have an excellent weekend.

Dear Sophie: Any advice on visa issues for new hires?

I run operations at an early-stage startup, and I’ve been tasked with hiring and other HR responsibilities. I’m feeling out of my depth with hiring and trying to figure out visa issues for prospective hires.

Do you have any advice?

— Doubling Down in Daly City

Dear Sophie: Any advice on visa issues for new hires? 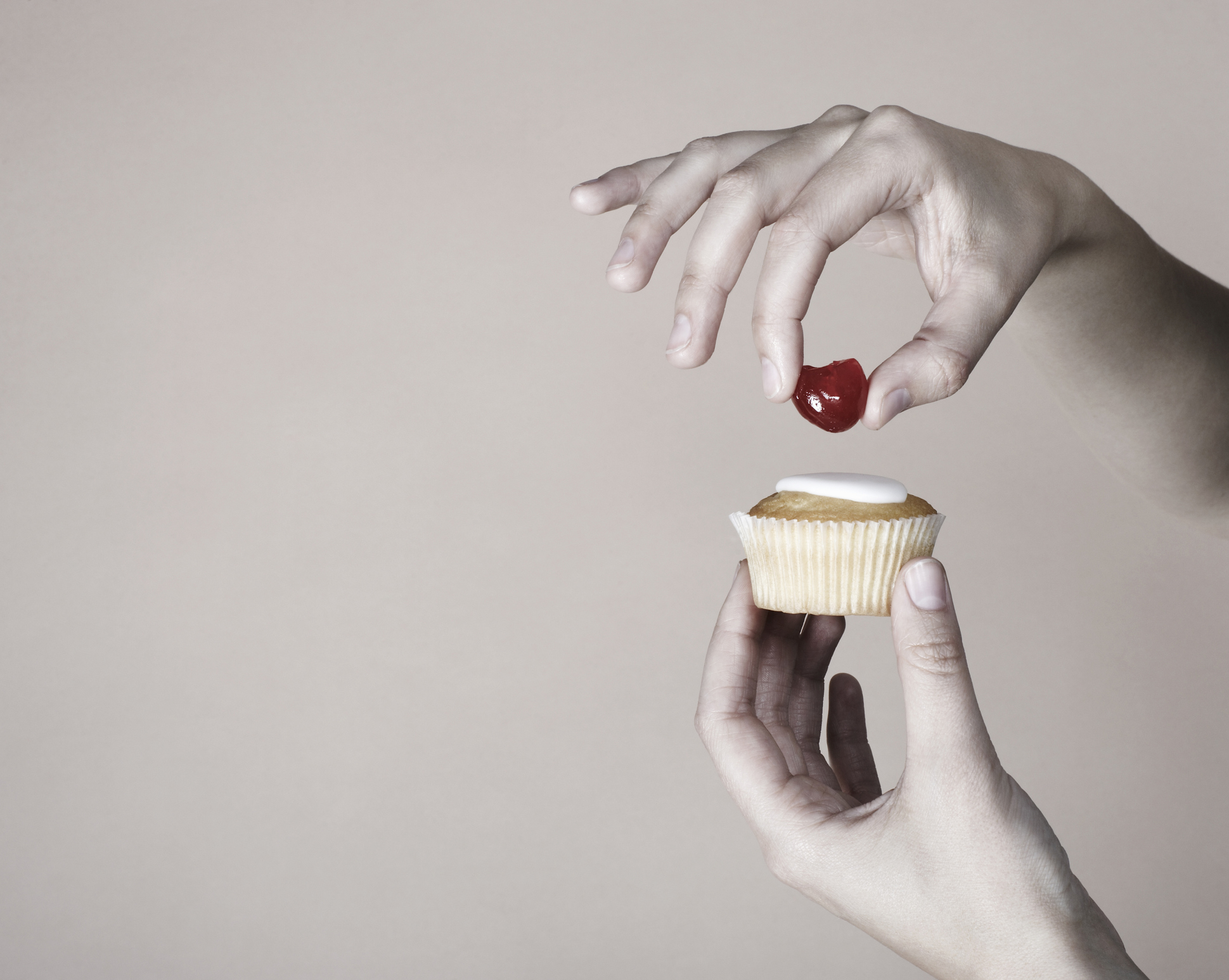 As a concept, minimum viable product (MVP) has given founders maximum flexibility.

The goal is to keep shipping until you reach product-market fit, but there’s a catch: “Minimal is a sliding scale that will always slide onto you,” according to Aron Solomon, head of strategy at Esquire Digital.

Instead of putting MVP on a pedestal, he proposes adding an initial viable product (IVP) to the roadmap.

“If your IVP is your presentation of an unbaked pepperoni pizza, your MVP is when you present a can of sauce, a package of cheese, a Slim Jim, and a pencil sketch of an oven.” 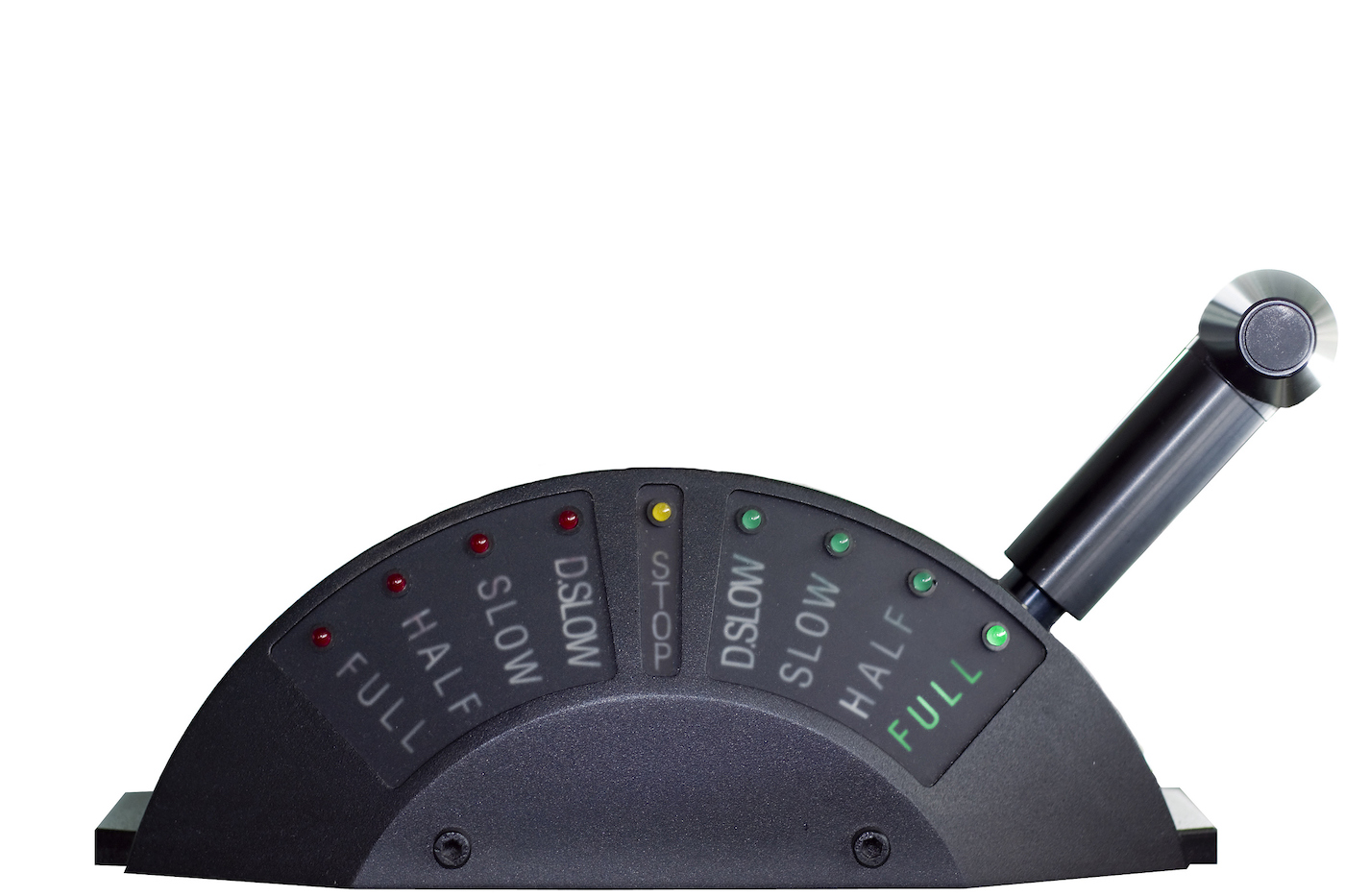 The concept of MLOps gained traction as a few specific best practices for working with machine learning (ML) models, but it is maturing into a standalone approach for managing the ML lifecycle.

This evolution has played a key role in helping companies adopt and employ ML and AI, according to Ashish Kakran, principal at Thomvest Ventures.

Investors bet that Sweetgreen will make sweet amounts of green

Despite the fact that Americans are famous for failing to eat their vegetables, salad chain Sweetgreen is seeing a lot of success on the public markets.

The company priced its IPO above its planned range at $28 per share and was trading at nearly double that price soon after it debuted.

That pricing and the resulting ~9x multiple reflects the fact that the market now considers tech-enabled businesses like Sweetgreen, Allbirds and Rent the Runway to be around the same value as software businesses in 2015, writes Alex Wilhelm.

“How can we call it anything but a win?”

Investors bet that Sweetgreen will make sweet amounts of green 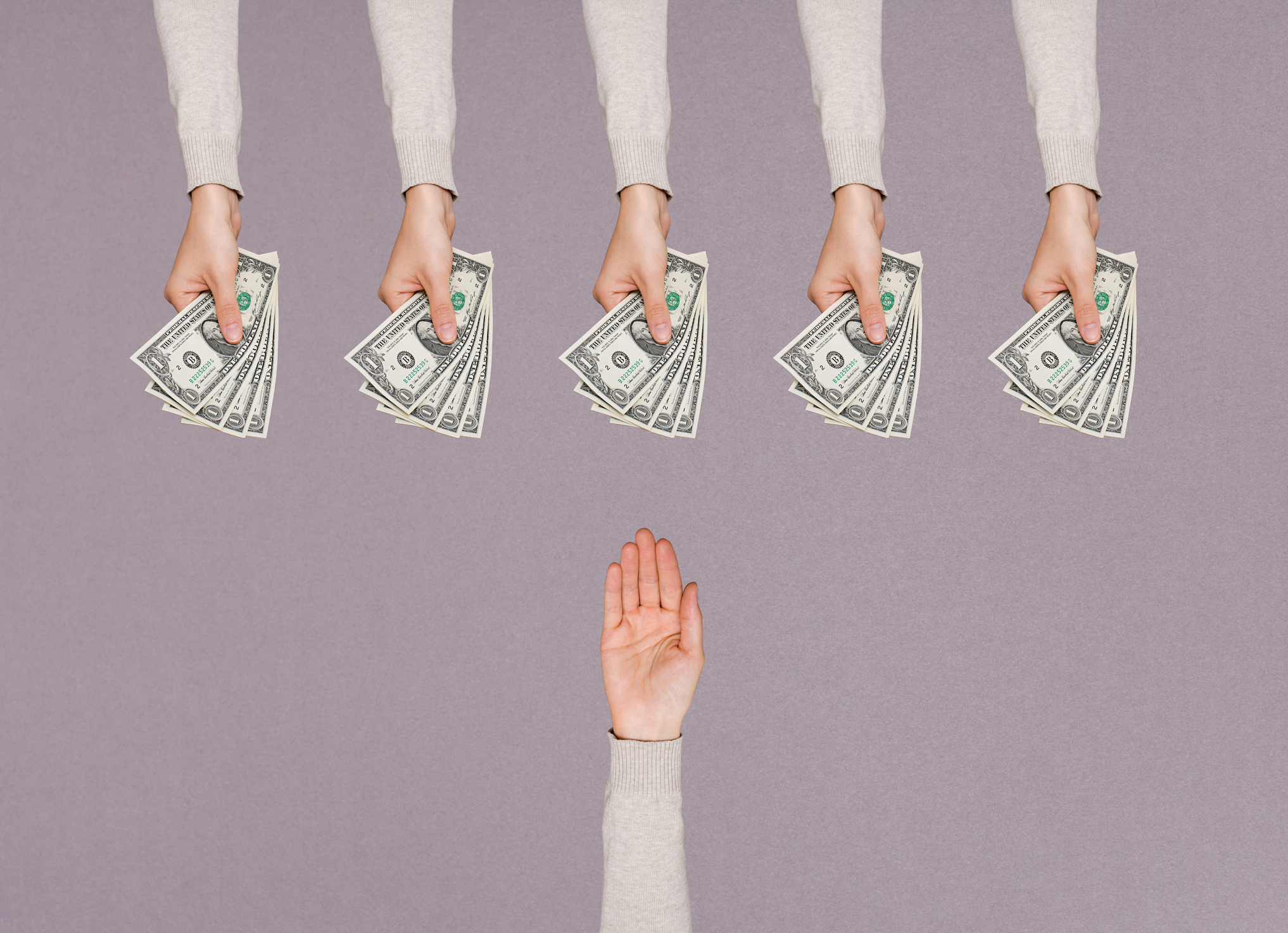 E-commerce platform founders may be tempted to set transaction fees just a little higher than they initially planned, but greed isn’t always good.

Boosting take rates by a point or two could raise early revenue when it’s needed most, but there’s an opportunity cost, since “a higher take rate typically leads to lower transaction volume,” according to angel investor and product manager Tanay Jaipuria.

Take rates should directly reflect the stage of your business, he advises, since platforms with higher rates see lower transaction volumes.

To learn how different companies use this lever, Jaipuria studied take rates for more than 25 marketplaces, including Apple, Shutterstock and OpenSea.

“It’s important for founders to remember that maximizing the take rate of the platform is not the goal,” he says.

San Francisco is an outlier, but a walk through its residential neighborhoods shows how successful Instacart became during the pandemic.

Nearly every restaurant has a hand-lettered “Instacart pickup here” sign, and its drivers now deliver everything from Safeway groceries to Walgreens prescriptions. On more than one occasion, I’ve seen neighbors accepting boba tea deliveries.

But after The Information reported that the delivery platform’s growth plateaued in 2021, Alex Wilhelm gathered data from competitors Amazon, Walmart, DoorDash and Uber to see if they are “snacking on Instacart’s core business.” 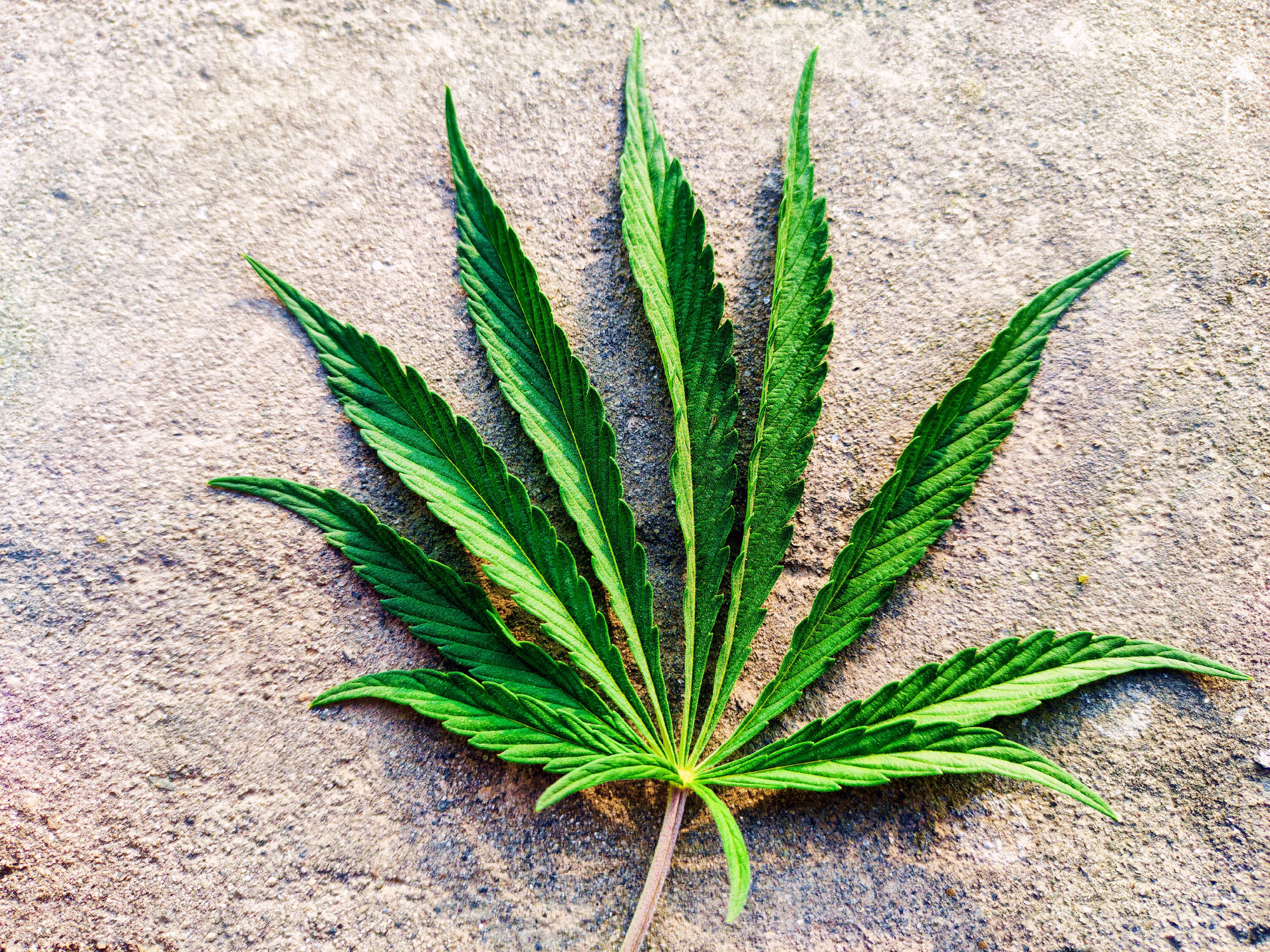 North America’s legal cannabis industry is about a decade old, but many stakeholders are developing a framework “to make sure that for once, an industry starts off on the right path,” reports Jesse Klein.

Twenty companies have formed a coalition to promote sustainability practices aimed at reducing energy and water usage, along with emissions. To “green it up,” they’re studying new tech like LEDs, as well as traditional agricultural practices.

“Getting it right, right now [will] make a big difference.”

In the software space, even the tiniest difference in metrics can affect a company’s fortunes once it goes public.

Braze and UserTesting both provide ways to centralize and optimally use customer data, and their growth metrics are quite evenly matched. Yet, when they went public earlier this week, Braze priced above its price range and UserTesting priced below.

“It appears that those metrics — software TAM is so large these days that we’re not going to compare vanity metrics for the sake of being kind to S-1 scribblers — are enough to give it the revenue multiple differential that we see, and thus explain the difference in the two companies’ IPO pricing runs,” writes Alex Wilhelm.

In Amazon scuffle, Visa’s loss could be Affirm’s gain