We’ve had a Samsung review blitz over the past two weeks, covering all the products the company announced at its recent Unpacked event. In my write-up of the Galaxy Buds 2 Pro, I noted how understated the product line was, in contrast to its flash, bombastic foldables. The Galaxy Watch line, meanwhile, exists somewhere between the two.

Some years are flashier than others, and frankly, Samsung’s a bit all over the place with its updates as it has looked for the winning formula to remain competitive in the category. While no one is close to touching the 800-pound Apple Watch gorilla, Samsung has managed to carve out a formidable piece of the overall market.

Recent figures from Counterpoint put Apple at 36.1% of the global market, with Samsung at about 10%. Second place is a perfectly respectable spot — particularly as far as it presents a kind of dominance for Android compatible smartwatches. Also notable is that the company’s recent switch from Tizen to Wear OS meant a practically overnight jump in market share for Google’s wearable operating system. 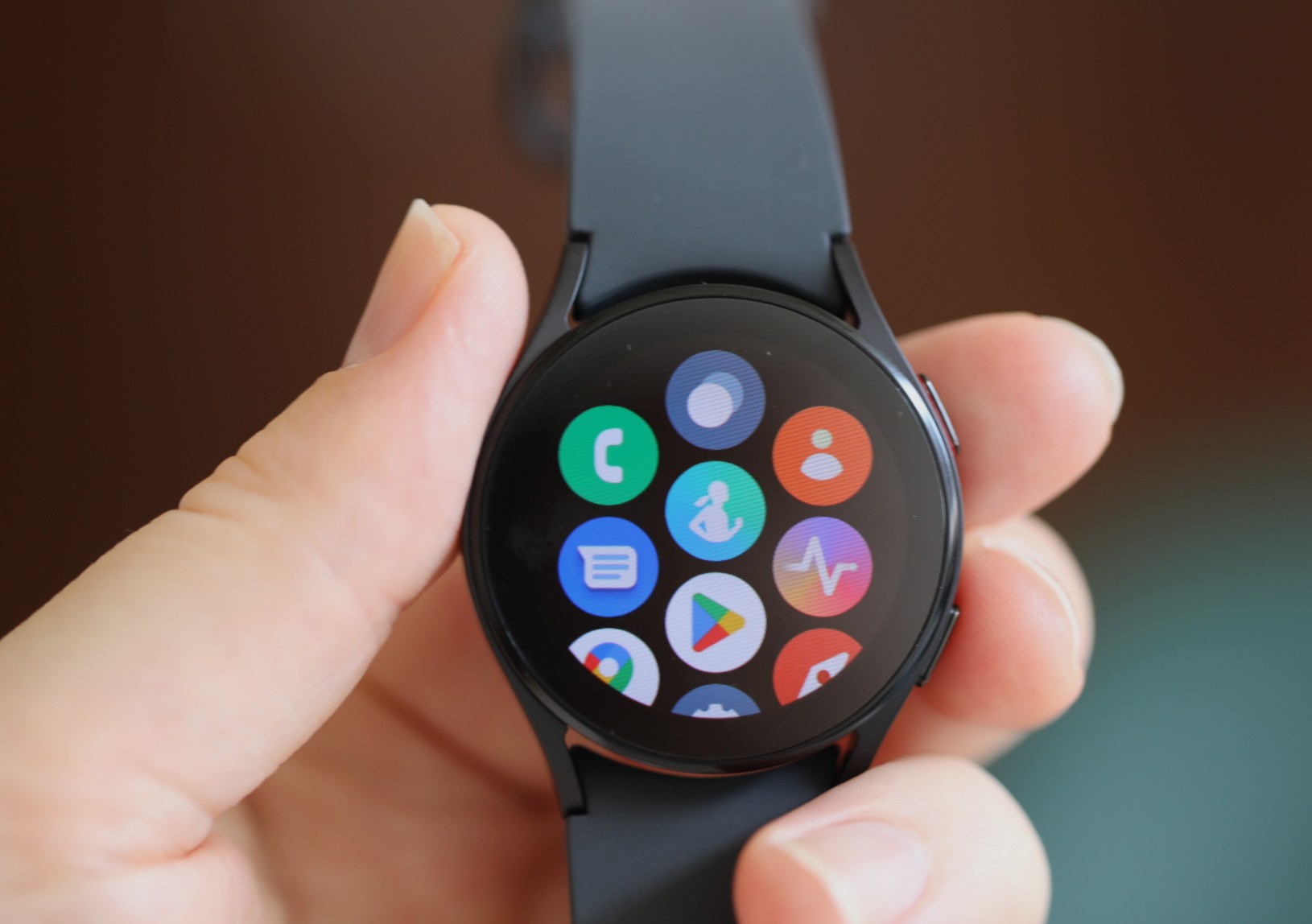 I’ve long liked the Galaxy Watch. It has pretty consistently been at the top of the Android smartwatch list, and the Watch 5 is no exception. But please allow me to get one important thing off my chest at the top here: Samsung, bring back the spinning bezel. I get it, you want to get slimmer and slicker. It’s an important and worthwhile impulse, particularly for a device meant to be worn on the body.

But come on. In this industry in such desperate need for differentiators, it was a great one. Apple’s spinning crown has nothing on it. No, “for those who still want the rotating bezel, the Galaxy Watch 4 is still for sale” doesn’t cut it. Find a way to incorporate it into the products and quit dropping it and bringing it back. The touch-based haptics are no replacement.

I suppose that’s a small complaint, in the grand scheme of things. Certainly it’s far down the list for what continues to be the best non-Apple smartwatch. It will be interesting to see if Samsung can maintain that claim through the end of the year, with the arrival of the Pixel Watch looming this fall. It’s probably a bridge too far to hope that Google completely hits it out of the park on its first swing (especially given the company’s long history of consumer hardware stumbles), but its newfound focus on Wear OS, coupled with the recent Fitbit acquisition, means that Samsung could have some very stiff competition in the very near future. 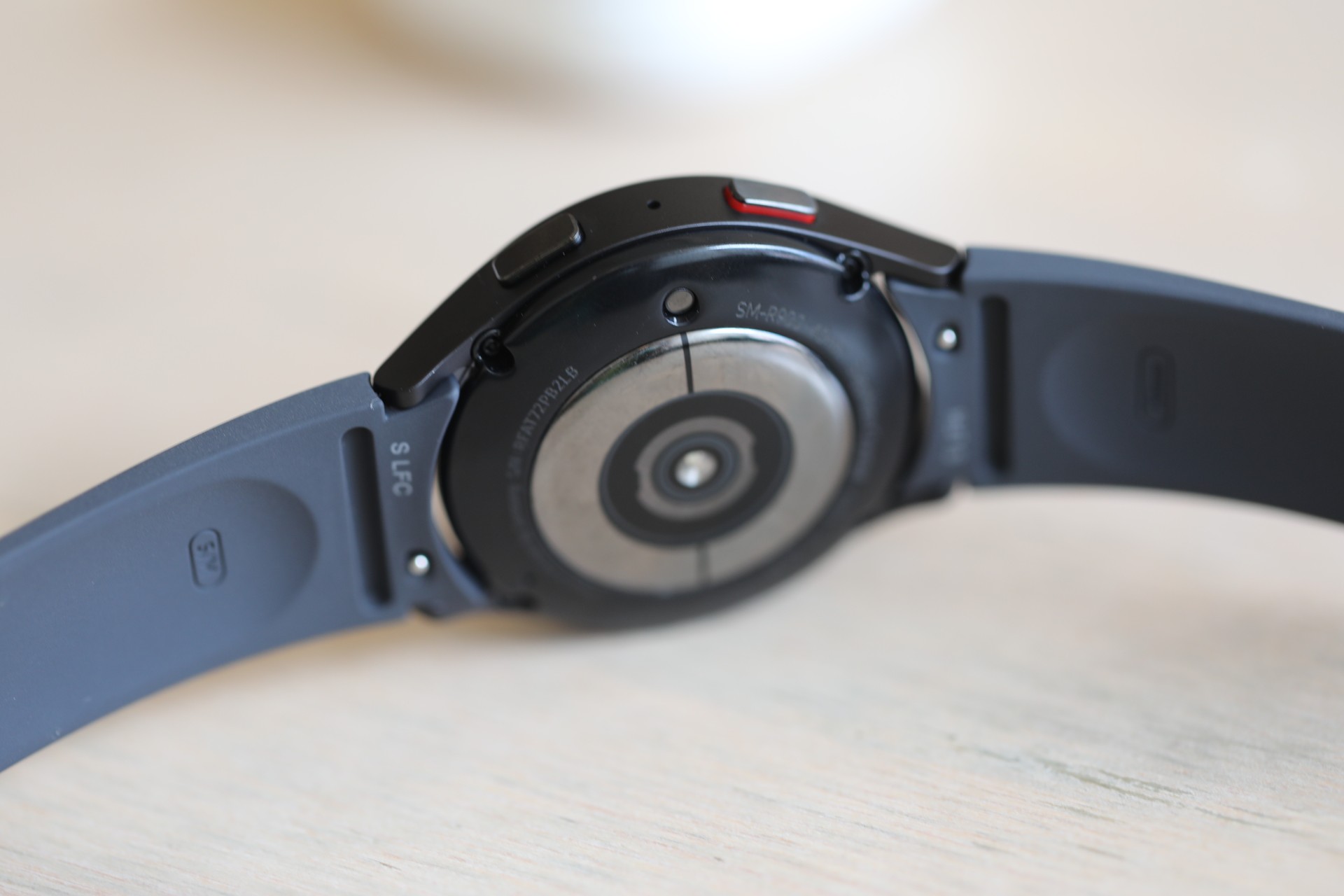 The Watch 5 doesn’t present a huge change over the 4 — and that’s mostly pretty fine. You’d be hard-pressed to find too much to complain about here. For all of my whinging about lost bezels, Samsung’s taken pains to slim down the device. It’s less bulky and sits nicely up against the wrist — that’s a plus both for comfort and vitals-monitoring purposes. I went in for the 44mm model, which sports a 1.4-inch display (to the 40mm’s 1.2) and fits far more comfortably than earlier models, which were far too big for mainstream usage.

The model ups last year’s 361mAh battery to 410mAh. It’s a nice upgrade. I wouldn’t rank it as spectacular, but it will get you through a full day’s use, no problem, with enough juice to track your sleep that night. That beats the Apple Watch, for which battery life is arguably the device’s biggest bugbear, but can’t yet touch a product like Fitbit’s Versa. Again, it will be interesting to see if the ability to squeeze days of life on a charge will carry over to the Pixel Watch.

Qualcomm’s Snapdragon W5 chip carries over from last year’s device, and honestly, that’s totally fine. You likely won’t run into any sorts of performance issues with the Watch. That’s helped along by several generations of hardware refinement and the newfound Google Wear OS partnership that’s already paying dividends for both parties. For Google, it’s all about market share, and for Samsung, it means opening its third-party app ecosystem in a meaningful way. 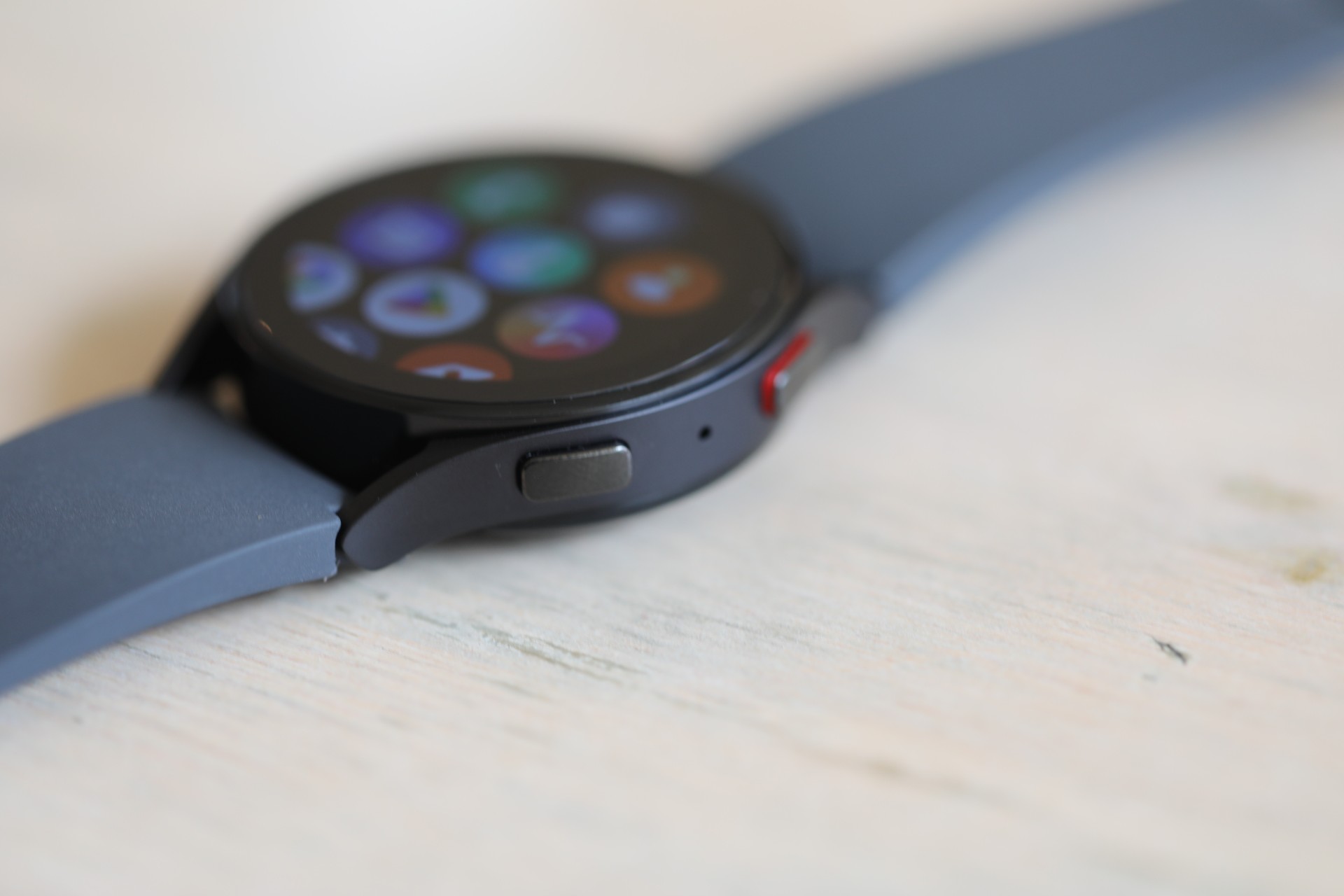 This kind of hybridized version of the operating system doesn’t get a major overhaul from last year’s model. As is generally the case with Google, I anticipate it will position its own upcoming hardware as the tip of that spear, bringing new features to the Pixel Watch first and then allowing them to trickle out to the remainder of the Wear OS ecosystem.

Fitness tracking is excellent. Exercise detection was roughly on-par with the Apple Watch for most of my daily exercises (running, walking, rowing, elliptical). It remains a solid sleep tracker, as well, even if, again, the improvements are minimal — at least until the company actually puts the onboard skin temperature tracker to use. There’s precedent in the wearable world for having non-functional sensors onboard — it happened when a number of manufacturers were waiting for regulatory approval to launch their ECG detection.

I’d say waiting to get it right is always the right move — but it still feels like a tease. Skin temperature monitoring has been an important aspect of devices like the Oura Ring. It can tell you a lot, from overall heath, to sleep, to whether you’re getting sick. Oura made it a foundational part of its studies around COVID detection, for instance.

Again, it’s hard to find too much to complain about here. The $30 price increase to $280 for the 40mm and $310 for the 44mm (plus another $50 for LTE) is certainly a quibble. Supply chain shortages and inflation being what they are, however, that’s kind of just the times we’re living in here. It’s well below the Apple Watch Series 7’s $399 starting price. If you’re on a budget (again, totally understandable), Fitbit’s Versa offers a good experience, starting at $230.

Honestly, inflationary issues aside, it’s a good time to be shopping for a smartwatch. Though if I was in the market, I might wait another month or two to see what Google has up its sleeve. It seems unlikely the company will come out of the gate with a Galaxy Watch killer, but what’s a few weeks between friends?

Email will be with us until the universe dies, so these startups are working to make it better