Modsy, an online interior design services company, has ceased to offer design services, a move that comes at the cost of the team behind the effort and customers who have orders in flux.

In an email to TechCrunch, Modsy CEO Shanna Tellerman provided this statement when asked about the disruption of business:

We have worked hard over the past seven years to build Modsy and never expected we would have to disrupt our business. Our focus has always been, and still is, on our customers. We intend to fulfill customer merchandise orders and we are working through a process for our design service customers. We ask for your patience as we work through this plan. I hope that for many people, the Modsy story will not be defined by this turn of events, and we are truly sorry. We would like to thank our team, our designers, and our customers.

TechCrunch sent a series of questions in response to the statement – including queries about the below information from sources – but has not yet heard back at time of publication.

Late last week, sources say that the company was expecting to be acquired but that the deal fell through, leaving designers at the company without a job. The potential acquirer is not known.

Employees later found out that Modsy is pivoting to offer a SaaS platform, Modsy Pro, as a software service for interior designers. On Modsy’s website, Modsy Pro is described as “online interior design software that will transform the way you do business … bring your client’s space to life with our proprietary room-scan technology, 3D renders, and easily editable and shoppable designs.” The landing page offers a way for users to apply for early access for the still beta product.

Modsy’s initial business model revolved around selling interior design services on top of an AI-powered platform. Using the company’s apps, property owners could create virtual renderings of their rooms and restyle them in real time. The company’s technology digitally replicated rooms in 360 degrees with furniture from well-known brands, including West Elm, Crate & Barrel and Anthropologie. Users could purchase fixtures — whether a rug, couch or coffee table — either through Modsy directly or through partner tools like Crate & Barrel’s 3D Room Designer.

Modsy had customers snap photos and take measurements of their rooms and complete a style quiz indicating their preferences, budget and constraints. Modsy forwarded this information onto designers, at which point customers got virtual design plans of their rooms. Customers could then consult with Modsy’s team or fine-tune the designs with a self-service tool. 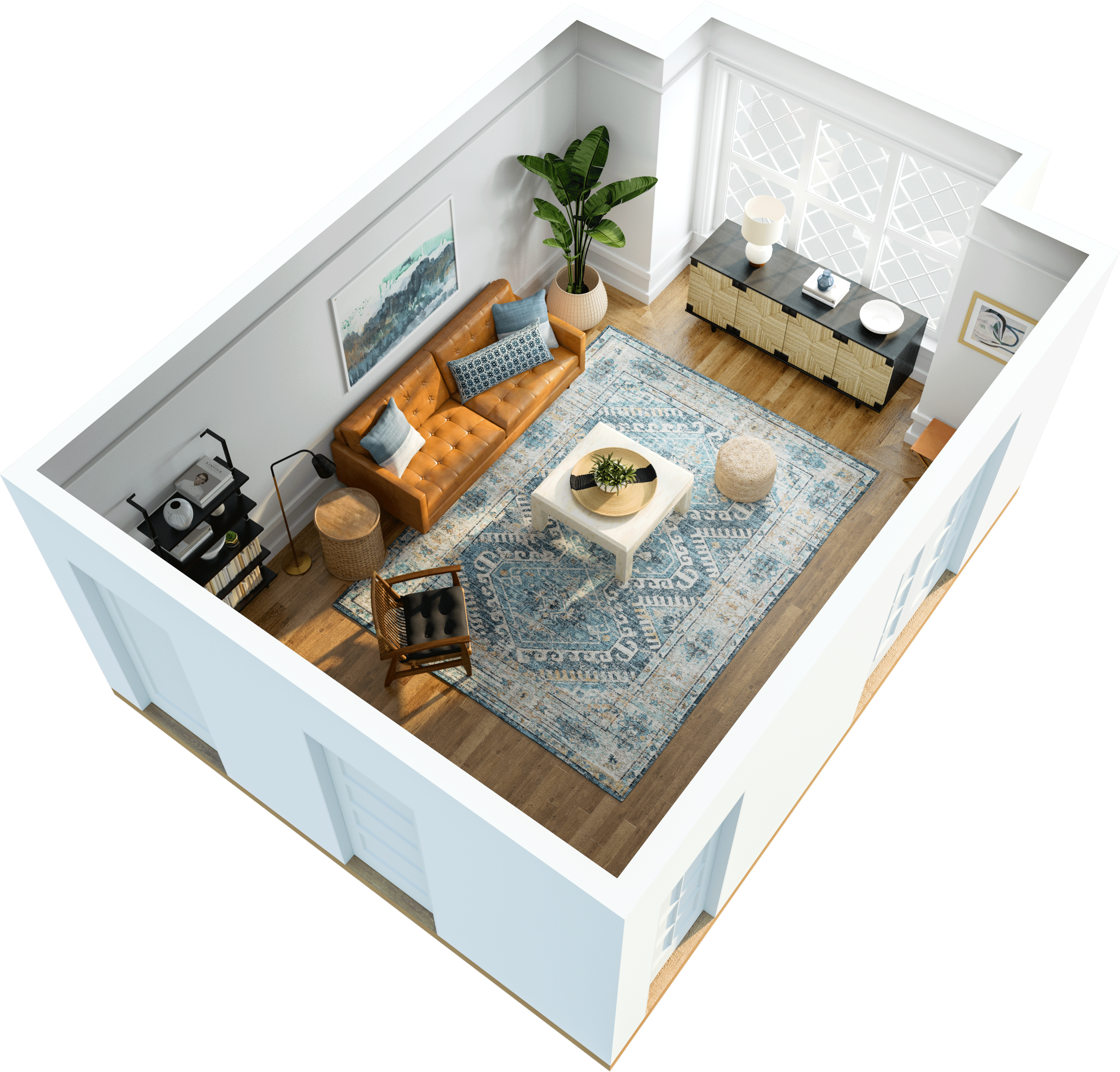 The new product rollout comes as operations are disrupted elsewhere, both at the cost of employees and customers. It also comes at a time of uncertainty.

Generally, communication from Modsy has been inconsistent throughout the layoffs, customers — who spoke on the condition of anonymity — tell TechCrunch. One customer had been in touch with a Modsy designer for about a week when the correspondence suddenly stopped. Then they received an email from the designer informing them of the pivot.

“I personally would like to extend my sincere apologies for this sudden business pivot,” the message reads. “For the majority of us here at Modsy, today is our last day. However, this is a small team staying on for a little while to help wrap things up with customers such as yourself. We are working hard to get everyone’s inquiries as quickly as we can, but please expect delays in response time. It could be a few business days before someone gets back to you.”

Furniture orders appear to have been impacted by the personnel changes, too. A customer told TechCrunch items were sitting in their cart as of the evening of June 28, awaiting processing. A second customer, who’d been working with a Modsy designer since early May, was told by customer support that cancellations couldn’t be processed and to try again later. When they tried to use Modsy’s app to cancel an order that wasn’t scheduled to arrive until October, they saw a notification saying that all order processing had been halted.

The same customer received an email from Modsy’s support team promising to fulfill all outstanding orders, including backorders. “We are currently experiencing delays in the ability to process cancellations, but if you wish to cancel something, just let us know, and we will put you in queue,” a support staffer writes.

A third customer TechCrunch spoke to had begun working with a Modsy designer on June 5. After several video calls, the customer received a note from their designer saying that they’d been let go. When they tried to contact the designer for more information, they discovered that Modsy’s in-app chat feature had been disabled.

“I have not received any information from Modsy except for [a strange email from my designer] yesterday saying she was let go,” one customer wrote in an email to Modsy’s customer service. “Our project hasn’t started yet, so I’m confused and frustrated about what is going on. Of course, there are competitors, and I specifically chose Modsy — but we are moving into a new home, and I have a sensitive timeline that now is unlikely to be met.”

Today, some Modsy customers reported that they began seeing a prompt in the mobile app requiring them to “upgrade” to the latest version. But no update was available through the App Store, making the app effectively nonfunctional.

Modsy support has been directing customers requesting a refund to a Google Form. Several customers were told refunds would take one to two weeks.

Backers in Modsy included Comcast Ventures, Norwest Venture Partners and NBCUniversal. The company’s last funding round closed in May 2019, bringing Modsy’s total raised to $72.7 million, according to Crunchbase data. Modsy has explored a number of potential new lines of business throughout its history. At one point, the company even developed and sold its own furniture line, Minna Home, which spanned several different styles of sofas and chairs.

The company had a round of layoffs in the beginning of the pandemic, cutting a solid chunk of employees and contractors and slashing executive salaries. At the time, Tellerman attributed the workforce reduction to “an effort to maintain a sustainable business during these unprecedented circumstances.” The April 2020 layoff also saw designers lose their jobs.

Modsy took a hit on the logistics side during the pandemic as global supply chains ground to a halt. Amanda Kwan-Rosenbush, senior director of finance and accounting at Modsy, previously described shipping as a “significant cost,” and said that Modsy’s furniture and décor partners struggled with long delays.