Last April, Balaji Srinivasan, a high-profile figure in the crypto space and the ex-CTO of Coinbase, wrote a piece titled “How to Start a New Country” in the 21st century.

His view was that this new world—The Network State—would give millions of people a fresh societal and financial start free of historical constraints that this current world presents. Per Srinivasan, the Network State is a digital nation launched first as an online community before materializing physically on land after reaching critical mass.

While most of what Srinivasan authored is, to a large extent, theoretical, Afropolitan, a community-as-a-service company for the African diaspora, is taking a bold step to bring that vision to life. The startup, founded by Eche Emole and Chika Uwazie, claims to be building the world’s first-ever internet country. It has raised $2.1 million in pre-seed to kickstart its efforts—Srinivasan is one of its investors.

There are over 25 other angel investors in addition to Srinivasan. Some of them include Elizabeth Yin of Hustle Fund, Shola Akinlade of Paystack, Ian Lee of SyndicateDAO, Iyinoluwa Aboyeji of Future Africa, Olugbenga Agboola of Flutterwave, Walter Baddoo of 4DX Ventures, Jason Njoku of IROKO, Tobenna Arodiogbu of Cloudtrucks, Ngozi Dozie of Carbon and Dare Obasanjo, senior product manager at Meta.

An excellent way to understand what Afropolitan hopes to execute is to highlight its journey so far and break down its plans into phases.

Launched in 2016, Afropolitan creates a series of community-led opportunities for Africans and those in the diaspora through travel, events, and media. Its events arm—driven by Afrobeats parties, concerts, and festivals—made a statement in 2019 when it participated in “The Year of Return” event in Ghana. That year, the number of international travelers to Ghana peaked at 1.13 million, from just under 960,000 in 2018.

While plans for a sequel the following year didn’t materialize because of the pandemic, there were lessons from 2019 that stuck with Afropolitan; one of which was an awakening happening among the African diaspora where millions wanted to trace and connect back to their roots on the continent.

The next step was to use media as a tool to meet these needs. Clubhouse, the perfect tool, and a sensation at the time helped Afropolitan gain a vast following—it has 50,000 followers—as the community expanded. Other contributing factors to this growth were its podcast and, more importantly, the founders’ experience in online community building; they have a following of over 200,000 between them and their extended brands on Clubhouse (Uwazie’s Divine Feminine has the second-largest women membership on the social audio app).

“We were able to show that this diaspora movement, which was physically present in The Year of Return, was also present online as we brought them together on Clubhouse,” Emole, co-founder and community lead, told TechCrunch on a call. “What would it look like if we created a country out of it?” he added, referencing Srinivasan’s essay as an inspiration.

A Facebook-like concept, but on a new internet

The second iteration of the internet allowed people to organize around shared values in ways its first iteration couldn’t fathom. Social media platforms are the epitome of this internet, and the reach Facebook—its poster child—has had is immense in that if it were a country, it would be the largest one globally.

However, the advent of a new internet, web3, aided by cryptocurrency and blockchain technology, has created a refreshed narrative. Spearheaded by Srinivasan and observed by others such as Afropolitan, this school of thought believes that the next Facebook-like concept could be a full-blown digital republic coordinated by its native currency and a unifying mission.

“Our argument is straightforward. The internet has allowed us to connect in ways previously unimaginable like Facebook,” said Emole. “What we’re now looking to build is the first ever internet country, one that will have its native currency and shared purpose. That’s what this boils down to.” 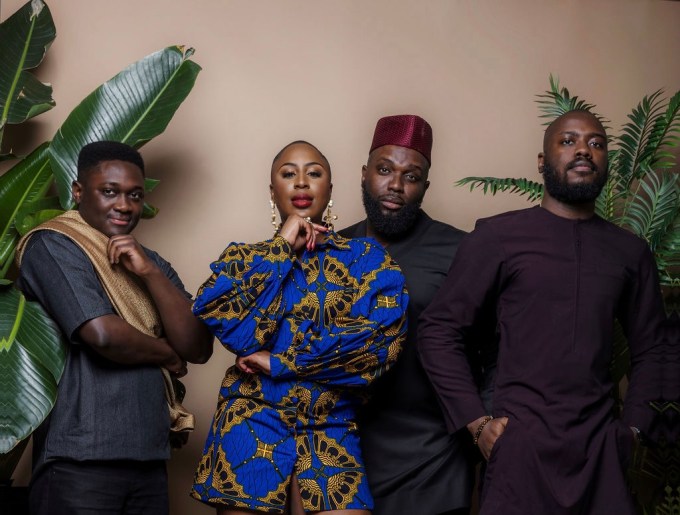 But why create one in the first place? Afropolitan has two answers. First, Africa is the world’s poorest continent; nine of the 10 countries with the highest poverty rates are from Africa. The continent’s longstanding issues with wars and gerontocrats limit the socio-economic opportunities of its very youthful population. Then, in the U.S., where most of the African diaspora resides, Afropolitan argues that this crisis manifests itself in economic stagnation, gerontocratic elite, racial inequality, and police brutality.

“Ultimately, I think the problem that we’re solving for here is bad governance. The governments across Africa and globally have failed black people in general,” Emole said.

To back up his point, the ex-Flutterwave executive referenced the #EndSARS movement in Nigeria, where thousands of people took to the streets to protest police brutality in 2020. During the peak of the protests, contributions poured in, particularly from outside the country, to take care of items these protesters needed. However, the Nigerian government tried to cripple the movement—which gained support from international figures like Beyonce and Jack Dorsey—by using its banks to restrict accounts of some platforms used to accept payments for these contributions.

“But the only thing they couldn’t shut down was bitcoin,” he said. So the idea then was if digital money is a weakness for the government, what more could you lay on top of that digital money? Can you layer a digital country on top of that, a country you can’t shut down? What would a new government look like if we can all tap into a new country, new passport, new currency enabled by web3 technology.”

A super app and futuristic plans for the Network State

According to Afropolitan, if the African diaspora were a country, it would be the 10th largest globally, with over 150 million people.

“Aggregating this community into a unified state would instantly make it a significant economic power,” it said in its manifesto. “Afropolitan’s social layer will enable members to invite new members and share resources, economic opportunity, culture, and media, creating an exponential network effect as more members join the network due to its growing value.”

The startup has a four-phase plan for how it wants this digital nation to pan out.

The first phase entails continuing its media and events to communicate its vision via its events and podcast. After that, Afropolitan plans to mint 10,000 passport NFTs to activate the DAO and grant its members access to events and physical spaces.

Phase two will see Afropolitan launch a super app to feature all the utilities within its ecosystem under one roof. Members can send money across borders (remittance), collect risk capital, incorporate their companies, make e-residency applications, and access learn-to-earn initiatives. Emole said the company could either build out these government-as-a-service features or partner with existing platforms that already offer these services in one form or another.

The next phase, as Afropolitan calls it, is a minimum viable state. “Phase three is about preparing for our transition from the digital to the virtual. Our goal at this stage is to build up legitimacy through state capacity,” the company said. “We will create a network of seed institutions to govern our Network, including subsidiary funds, organizations, and a developing internal economy.”

Afropolitan’s push for full-scale sovereignty after it has reached critical mass is what it considers its last phase. According to Emole, the community should have grown to millions of people in its network so it can enter negotiations with partner governments for land space in their countries.

“The way to think about that is to understand embassies being sovereign territories in different countries. And then you also have a Chinatown in major cities worldwide. If you can combine those two ideas, what you have is a sovereign city, and that’s how we’re going to look at the last phase,” he remarked.

The nation-state of the internet

But beyond crypto exchanges and their cross-border and remittance plays, a handful of blockchain upstarts have come into play as they try to onboard millions of Africans into a “new economy.” Some include MARA, Nestcoin, and Jambo.

Afropolitan falls into this category but with a twist: the diaspora element. Uwazie, head of partnership and business development and one of the few female co-founders in the space, says this as the real work begins, the web3 upstart hopes to become a major force pushing for this representation. “We want the black diaspora to feel comfortable and have a safe space to get educated on web3 and NFTs,” expressed Uwazie, the former CEO of Talent Base, a defunct Africa-focused HR platform. “That’s why the first year of us running this project will focus on the actual community, education, and the podcast.”

One of Afropolitan’s backers, Cultur3 Capital, is also particular about this representation. The firm, which believes crypto, via tokens, has the power to reinvent digital communities, consumers, and cultures, backed Afropolitan because it addresses the opportunities in the “overlooked, underfunded and undervalued” African and Africa diaspora markets.

“Talking about “community” is easy. Building it is hard. We at Cultur3 couldn’t be more excited to support Afropolitan in its mission to serve the African diaspora’s vast and deep talent,” it noted. “This community-first approach, combined with their unmatched network of Africa’s top entrepreneurs, artists, and creators, will be the key that unlocks the region’s vast yet underrepresented talent.”