A return and an ousting

Welcome to Startups Weekly, a fresh human-first take on this week’s startup news and trends. To get this in your inbox, subscribe here.

It’s been a week of people trying to make sense of what’s happening in tech. If you’ve been compartmentalizing: Cheers! Now let me walk you through what’s been going on.

On Monday, WeWork founder Adam Neumann raised a seed round from Andreessen Horowitz for a new real estate company, reportedly at an over $1 billion valuation. Neumann’s return, flush with the biggest check that one of the best-known firms has ever written, was met with a range of reactions given his tumultuous leadership at WeWork.

One common response was that women and people of color would never be owed the same “second chance” as Neumann because first chances are hard enough for the historically overlooked cohort. Allison Byers, the founder of Scroobious, a platform that aims to diversify startups and make founders more venture-backable, described feeling “a muted rage.”

A few days earlier, Kimberly Bryant was fired from Black Girls Code, the nonprofit she founded, by the board she appointed.

You’re caught up: We had a return and an ousting happening in the same week.

The return came from the white male who misled investors and employees. The ousted was a Black woman who founded a nonprofit to get more diversity into the coding world.

If that’s where the analysis stops, it’s a disservice. As my colleague Dominic-Madori Davis put it, “people talk about these things without the nuance of two things at once, but that’s also with most arguments online. They turn things and people into one-dimensional objects as if that’s easy to parse.” If you’re not careful, you could scroll yourself into an opinion that misses the multifaceted nature of controversies.

Amplifying the difficulties of raising as a diverse founder can end up building a pressure cooker that those who do land a check are forced to operate in. The pressure can then make it harder for those same founders to make even one mistake.

For my full take, read my TechCrunch+ piece: “Adam Neumann, Kimberly Bryant and the importance of nuance.” You can also listen to my latest podcast, “Let’s officially stop comparing Adam Neumann and Elizabeth Holmes.”

In the rest of this newsletter, we’ll get into Stripe scaling back on an acquisition it made just last year and the latest in the employee benefits world.

As always, you can support me by forwarding this newsletter to a friend or following me on Twitter

Stripe has laid off some of the employees who support TaxJar, a tax compliance startup that it acquired last year, TechCrunch has learned from multiple sources and firsthand documentation. TechCrunch reached out to Stripe for confirmation, and a spokesperson said the company declined to comment.

For what it’s worth, according to LinkedIn, TaxJar’s co-founder Matt Anderson left Stripe in July, followed by folks in the sales, marketing and partnerships teams.

Here’s why it’s important: Stripe bought TaxJar, a provider of a cloud-based suite of tax services, in April 2021 to help its customers “automatically calculate, report and file sales taxes.” At that time, Stripe told TechCrunch that all 200 employees of the Massachusetts-based business were joining the company. The goal of the acquisition was to integrate sales tax collection and remittance as a service, one of the most requested features among users.

The winding down of go-to-market efforts for TaxJar customers began in late July, showing a shift in Stripe’s perspective. 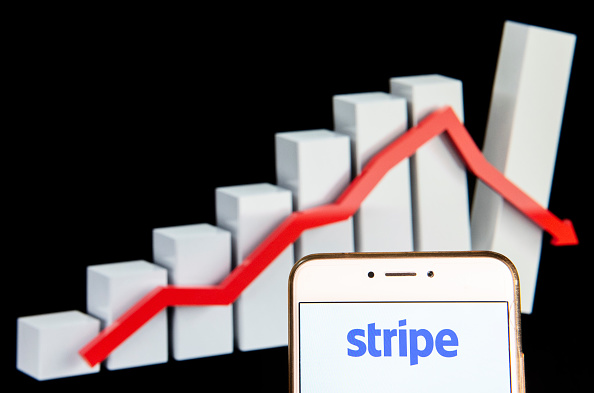 Will your company cut your benefits or your co-workers first?

This week on Equity, I was joined by TC’s Rebecca Szkutak to talk about everything from international money transfer to hearing aid innovation. One conversation that stood out in the episode was one about employee benefits.

Here’s why it’s important: Companies are rethinking budgets and changes may come at the cost of more than your free Sweetgreen. In a TechCrunch+ analysis, Szkutak explores how employee-benefits startups may fare amid layoffs and a tight labor market. One source told her that “if a company already lost a significant amount of employees to the Great Resignation, cutting a benefit may only add fuel to the fire.”

To me, it’s especially interesting to see that the B2B2C model is becoming less stickier. It was once the spot for any consumer-focused company to go land a more reliable consumer base. After all, it was easier to sign on an employer with thousands of customers then sign on each and every single one of those customers independently. With that model being threatened, there will definitely be some natural selection that happens.

If you missed last week’s newsletter

Read it here: You’re not that special (I swear, there’s a startup angle here)

Your startup needs someone to be its lead storyteller

Wayfair to lay off 5% of its workforce, or nearly 900 employees

5 investors explain why longevity tech is a long-term play

Why do startup valuations go down when interest rates go up?

There’s a reason why US Midwest startups had fewer layoffs, Chicago VC says

Dear Sophie: How do I get an O-1 visa to freelance on web3 projects?

Ok, that’s all from me. Appreciate you endlessly!